Fudgy Almond Flour Brownies are an easy, one bowl recipe for thick, gooey homemade brownies. Once you sink your teeth into through the crackly chocolate crust into a moist, chewy interior, you won’t believe they are also grain free and gluten free brownies!

Gluten-Free and Grain-Free Brownies from Scratch

If you have not jumped on the almond flour bandwagon yet, it’s time to get on board with this ultra fudgy, chocolatey, grain free brownie recipe!

Using almond flour over gluten free flour blends has some health and taste benefits. Almond flour is lower in carbs and has a higher amount of protein. Plus, it has a slightly sweet, nutty taste that pairs perfectly in baked goods, such as almond flour brownies, chocolate chip cookies, muffins, and peanut butter cookies.

Where some gluten free recipes leave a slightly grainy taste and texture, a good almond flour recipe masks any detectable difference from a traditional brownie. Made from scratch almond flour brownies have the same crackly top, chewy edges, and soft fudgy interior as my other go-to brownie recipe.

Give this easy, one bowl recipe a try and it will be love at first bite!

With only 10 minutes of prep time, these chocolate brownies are the perfect sweet treat to make when you want to serve something yummy, yet don’t want to spend a lot of time in the kitchen. If you love the ease of this brownie recipe, be sure to try oat brownies as well!

Are these brownies gluten-free?

Yes, these aren’t only delicious, but also completely gluten free and grain free. There is no sacrifice on taste, however. Homemade almond flour brownies will disappear equally as fast as traditional brownies.

Because it is made simply of ground almonds, baking with almond flour has more predictable results than gluten free flour blends. Store bought gluten free flours contain a huge variance of flour combinations, so they don’t all perform equally.

Are they keto / low carb?

No. Unfortunately, if you are looking for a low carb or keto brownie recipe, this may not be the one for you.  With keto and low carb diets, most of your calories come from protein and fat instead of carbohydrates.

The good news is, while this isn’t officially a keto recipe, there are ways to decrease the amount of carbohydrates. Consider using a sugar free sweetener, monk fruit, or sugar blend to lower the carb count.

Can I make them with stevia or a sugar free sweetener?

Can I substitute almond flour for flour in a brownie recipe?

Swapping out almond flour in any brownie recipe will not have predictable results. Therefore, I would stick with a tested almond flour recipe.

Almond flour weighs less than traditional flour, so a one to one conversion isn’t always possible. It also contains more moisture, which changes the chemistry of baked goods.

Considering almond flour is grain free, gluten free and low carb, it’s tempting to replace regular flour with almond flour in recipes. If you’d like to experiment on your own, keep some of the these tips in mind. Alternative, find more of my favorite almond flour recipes here!

1. Increase the amount of almond flour by 25%, so for every 1 cup flour, use 1 1/4 cup almond flour.
2. Add extra leavening to offset the density of almond flour. 1/4 – 1/2 teaspoon of baking powder, baking soda, or combination of both will help.
3. Use less liquid in the recipe since almond flour adds more moisture. Using an egg yolk instead of the whole add egg or cutting back on moisture containing ingredients, such as milk, bananas, applesauce, or sour cream.

However, there are some differences to consider. For one, almond flour is more finely ground than almond meal with a uniform consistency. Because of this, it works better in more delicate baked goods, such as cookies, brownies, and pancakes.

If you have the willpower to not eat every last bite, then I would most definitely freeze what is remaining. Who wants to let any of these tasty morsels go to waste? Not me!

Once the brownies are completely cooled, wrap each individual servings in plastic wrap. Store in a ziplock freezer bag or airtight container.

If you aren’t freezing individual brownies, but have an entire pan to freeze – you can go that route, too. First, make sure the cooked brownies have cooled completely and then wrap the pan in plastic wrap. Wrap it all the way around, like a present, to get a good airtight seal.

Then cover the top with a layer of foil. Pull out the pan to thaw on the counter a few hours before serving.

If you feel like taking a walk on the wild side and making these mouth-watering brownies even more amazing, try one of these fun additions:

SAVE THIS Almond Flour Brownie Recipe TO YOUR PINTEREST BOARD!

DID YOU MAKE THIS RECIPE?? DON'T FORGET TO LEAVE FEEDBACK AND RATE BELOW!

Once the brownies are completely cooled, wrap each individual servings in plastic wrap. Store in a ziplock freezer bag or airtight container. If you aren’t freezing individual brownies, but have an entire pan to freeze – you can go that route, too. First, make sure the cooked brownies have cooled completely and then wrap the pan in plastic wrap. Wrap it all the way around, like a present, to get a good airtight seal. Then cover the top with a layer of foil. Pull out the pan to thaw on the counter a few hours before serving.

Items used to make this recipe*: 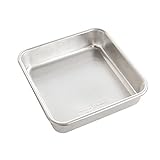 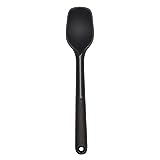